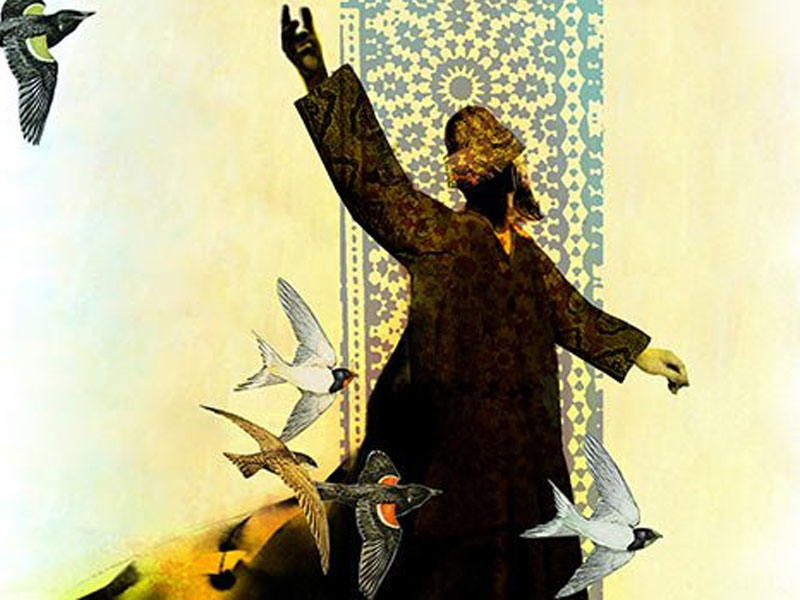 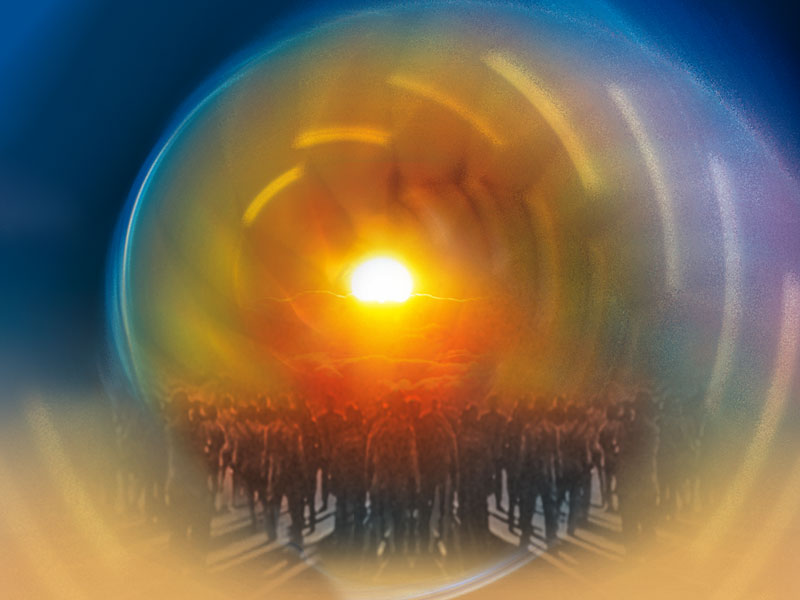 Another eclipse is over 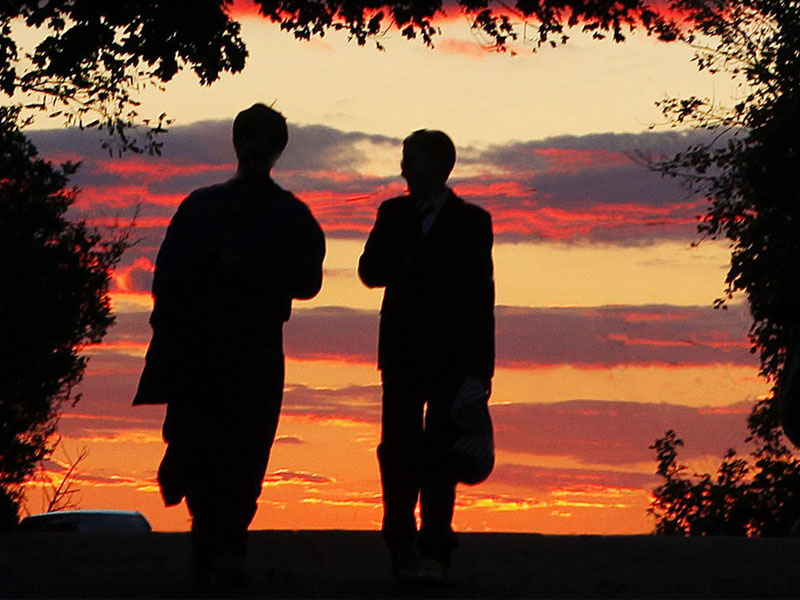 A spirited and active life of service

Reflections on the Coronavirus Pandemic

Mar 26, 2020 Fethullah Gülen
God, may He be glorified and exalted, creates everything, all the possible outcomes. Her şeyi…

Mar 14, 2020 Fethullah Gülen
I extend my condolences to those who lost their loved ones due to the Coronavirus that has spread…

A Conversation with the Youth-2

Mar 06, 2020 Fethullah Gülen
All the sayings and traditions of our noble Prophet are like jewels, that is why people have said:…

Feb 29, 2020 Fethullah Gülen
At a time when we are bearing one painful event after another, I was deeply saddened to receive the…

For the Sake of that Blessed Greeting

Feb 29, 2020 Fethullah Gülen
In the face of extreme difficulties and challenging situations, we should look for ways to continue…

Feb 26, 2020 Fethullah Gülen
I am deeply shocked and heartbroken by the deadly attack in Germany that was reportedly carried out…
HomeEnglishPress RoomColumns
User Rating:

He is 73 years old and is known as a respected scholar who has been studying Islamic exegesis. He is well-known in academia. He was promoted to associate professor in the field of Islamic exegesis back in 1977. He served as head of the exegesis department at the faculty of theology at Erzurum's Atatürk University, conducted research in Paris Sorbonne, taught at the faculty of Islamic studies at the Islamic University of Madinah, was the chair of exegesis studies at Marmara University and conducted academic studies at International Islamic University of Malaysia. He is the author of 13 books and hundreds of articles.

Let us assume that the academic community of Islamic scholars was intimidated; isn't there a brave man in this country who can say that making such absurd arguments is too much? Both Ahmet Davutoğlu and Recep Tayyip Erdoğan know him well. In fact, they know those who are profiled in this hilarious argument as the organizational scheme of a so-called terrorist group. They were friends in the past. For instance, how could Erdoğan forget about this incident? That professor was there to welcome him on his way back from Davos. Somebody noticed him among the crowd and took him to the VIP lounge. Erdoğan tried to make a nice gesture to that professor by attempting to kiss his hand.

I took a quick look at the reports published by the Doğu Perinçek-Justice and Development Party (AKP) alliance. I realized that I knew some of the people who were accused of being members of a terrorist group but I did not know the others. I also realized that the political administration also knew those people. For instance, one of them was Erdoğan's neighbor; they used to talk frequently. Back then, Erdoğan was living in a modest apartment, not in a palace. I wonder if he called the executives of the paper and told them that he knew this man well and that he could not possibly be a member of a terrorist group when he saw the headline in the paper owned by his son-in-law. Let us assume that he did not do this. But shouldn't the chief prosecutor in the İstanbul office or other members in this office have said this person was an old friend and that if he is a member of a terrorist organization, then they could be included in the same category in the future?

Last week, in an interview with the Hürriyet daily, I had said: “If the Hizmet movement is a terrorist organization, then even Tayyip Erdoğan should be prosecuted for being a member of this organization." Why? Because he had contact with all those accused of being a member of this organization, including Fethullah Gülen. Erdoğan had received awards from his hands and invited him to return to Turkey; he also sent his regards publicly. Bülent Arınç's statement during a live broadcast also suggested that Erdoğan had even awaited Gülen's orders. Now declaring everyone as members of this terrorist organization does not sound logical or reasonable.

I also know another person on the list; the entire country knows him as well. He is the rector of a university, a former member of the Higher Education Board (YÖK), a close friend of former President Abdullah Gül and a former aide to President Erdoğan.

There is another man on the list; he is a well-known figure who is serving as the head of broadcasting at a TV station. He was also the chairman of an association that represented TV producers and program makers. This means he represented the executives and producers of the TV stations which are now arguing that he has been a member of a terrorist organization for three years.

I felt resentment when I saw the name of a person I know well. Erdoğan's son-in-law Berat Albayrak is a graduate of Fatih High School; they listed a person who served as teacher in that school in those years as a member of the so-called terrorist organization. So this means that Erdoğan's son-in-law was also once part of that group. I am just curious: Did Berat feel shame and embarrassment when he saw the names of his teachers in the paper published by his brother?

Dear people! You should know that the “parallel” nonsense has become a frantic allegation by which a number of police officers and prosecutors are being accused of being part of a so-called parallel state. Now the old friends of Gülen are being accused of the same thing. The implicated people now include those who stayed with Gülen in the same house 50 years ago, those who studied with him 40 years ago and those who were friends with him for decades.

However, there are some problems with this ungrounded accusation. All of these people who are accused of being members of a terror organization are known as respected and prestigious persons who have never violated the laws. In addition, your organizational chart refers to people who have close connections to the AKP and particularly Tayyip Erdoğan as members of a terror organization. If you try to implicate people who are obviously innocent, that unfortunate attempt will eventually undermine your image and prestige.

I also would like to remind prosecutor Fuzuli Aydoğdu of the fact that a social group does not automatically turn into a terror organization just because some people say “I parted my way with those people, with whom I have worked for so many years; and this is their organizational chart.” If legal reasoning was established this way, the process would lead to witch hunts, which would eventually affect every social group or political entity.

You just embarrassed yourself

An incident this week attracted a great deal of attention on social media. A TV station known for its strong support for the government and Erdoğan invited a number of young people to the studio for a discussion on the Kurdish settlement process. A young lady was speaking quite eloquently, and the moderator might have thought it would be possible to lead the guests to the parallel state discussion, so he interrupted her and asked the following question: “Would you name some of the factors? Is Fethullah Gülen one of these factors?” He was obviously sure that she would agree with him.

Sounds of chuckles were heard in the studio; this is actually the overall picture in the entire Turkey. Those who make frequent references to the so-called parallel state embarrass themselves. The moderator must have failed to understand the meanings of the chuckles; the young woman, who was making sound and well-grounded statements on the Kurdish issue, said: “I do not think Fethullah Gülen is one of the factors. And I think it is silly to look for Gülen's role in everything.” The chuckles were actually sufficient, but this response was obviously necessary.

The pro-government media, which has been fabricating lies and trying to promote their ungrounded theories, are embarrassing themselves; are they aware of what they are doing? I am not sure, but the number of people take them seriously is rapidly declining. It is normal that those who think everybody else is just like them, ready to believe their false allegations, would not be bothered by their declining credibility. But there are some people who believe that their allegations hold water; I am concerned about them.

You should exonerate yourself first

They took the part of this interview on the BDP and ignored my other remarks on the other parties to make a false report in which they argued that the Hizmet movement voted for the BDP in the elections and that I admitted to this. I have some questions for those who made this fabricated report: 1- People vote for a party they pick. In local elections, people have to vote for different candidates. Why are so bothered by this style? 2 - If the BDP is so bad, why did they AKP make an alliance with it? 3 - This logic and approach suggests that the AKP, which had to comply with the requests of the PKK and overlook its threats, did not make any mistake, but the Hizmet movement, which advised its adherents to follow their hearts in the elections, did. 4 - Likewise, this approach also suggests that the AKP, which made an alliance with Doğu Perinçek and his team and waged a war against religious communities, did not commit any mistake, but people who voted for the BDP on their own accord committed a great sin.

You should pause for a moment and think about who your allies are and who you are fighting. If the image in the mirror does not frighten you, then come closer so I can explain the gist of voting for different candidates in the elections through free will. But you should account for your vicious alliance, which has taken the country to the brink of chaos. should give account of your vicious alliance that took the country to the brink of chaos.

< Prev Next >
People usually complain of time and space, whereas the fault always lies in ignorance. Time and fate are innocent, whereas humanity is ungrateful and ignorant.
Fethullah Gülen 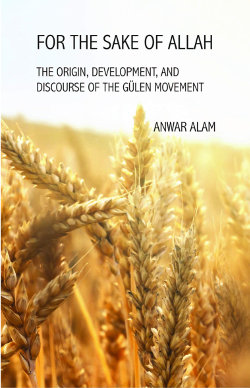 See what is inside of this book

About the newly released book of Jon Pahl