It is a difficult global moment for the Hizmet movement, the civil service group inspired by the ideas of Fethullah Gülen. Targeted in a far reaching witch hunt by the Turkish government, Hizmet has been forced to defend its noble goals of peacebuilding, dialogue, and religious tolerance. Thomas Michel’s book Peace and Dialogue in a Plural Society is a great source to discover these goals.

Michel, a Catholic priest, has studied the Gülen movement for decades. As an outside observer and religious scholar, he’s able to both verify Hizmet’s extraordinary contributions to the world of education and service, while also explaining its ideology and history to readers who might not be familiar with the context of Islamic civil society groups.

The book is a collection of essays, speeches, and articles Michel has written over the years, and they encapsulate his knowledge of, and interactions with, Hizmet. Broken into two parts, the book begins by placing Gülen’s work as thinker and teacher in its proper context. Gülen has been called many things over the years; none of them, Michel argues in his first essay, quite accurate. Despite the claims of his critics, Gülen is not a politician, and he is the antithesis of an extremist. Though he shares elements with traditional Sufi sheiks, Gülen is not a traditional Sufi, either. Instead, Michel posits, he follows in the footsteps of many great thinkers. Chief among them are Bediüzzaman Said Nursi and Rumi, whose faith and devotion, as well as their commitment to love and acceptance, deeply affected Gülen and his philosophy.

Michel also draws on Gülen’s extensive connections to thinkers from the other Abrahamic faiths, including Pope John Paul II. He examines the strong commonalities between Islam, Christianity, and Judaism, and the way Gülen’s open, tolerant teachings have sought to build bridges between the faiths – an important task when too many people are seeking to exploit differences.

Of course, the differences in modern society are not just between faiths, but between ideologies. One of these major differences would seem to be between religion and science. Too often, people of faith and people of science are placed on opposite poles and held up as combatants. Gülen, however, believes differently. He believes that reconciliation is not just possible, but necessary. From page 65:

[Gülen] asserts that a new style of education is necessary, one “that will fuse religious and scientific knowledge together with morality and spirituality, to produce genuinely enlightened people”

Education is key to understanding any of Gülen’s writings, and the first section of Michel’s book builds neatly to the final two chapters, which examine Gülen’s role as an educator. Michel first encountered Gülen’s writings, as well as the Hizmet Movement, through the network of schools, in around 160 countries, that have been opened by friends and admirers of Hizmet. These entrepreneurs have taken to heart Gülen’s belief that education is the best weapon against hatred, enmity, and ignorance.

Michel has visited many of these schools, and he recounts his experiences with them. Not surprisingly, the so-called “Gülen” schools tend to be very strong in the sciences. And though Michel finds their staffs to be guided by a deep personal faith, he also notes that the schools are not religious schools. In fact, every institution fulfills the legal requirements of its host country.

Once Michel has established the foundation of Gülen’s philosophy in the book’s first section, he examines the Movement known as Hizmet – or, alternatively, the Gülen Movement – in its second. As with the section on Gülen, Michel traces in this section the origins of Hizmet, from its humble beginnings in Turkey, where Gülen established “lighthouses,” which were safe havens for people of faith during the tumultuous 1970s, to the multinational civil society movement of today. This piece does a good job of charting Hizmet’s history.

Of course, history is nothing without context. In the rest of this section, Michel roots the humanitarian and educational efforts of Hizmet in Said Nursi’s teachings – in particular, his belief that humanity has three “common” enemies.” These three enemies – ignorance, poverty, and disunity – are shared across religious, racial, and national bonds. As such, diverse groups of people should be able to come together and make common cause to battle them.

This, as Michel shows, is exactly what Hizmet has done. Though much of Hizmet’s humanitarian work has been done in the name of fighting ignorance, the Movement has also fought poverty through its aid organization, Kimse Yok Mu? (Is Anybody There?), and disunity through the many dialogue centers it has opened. These centers have hosted countless multicultural and diversity forums, conferences, and events, and have worked hard to perform community outreach in their host communities, cities, and states. Many of Michel’s speeches come from such events, and his essays explore his own associations with a variety of Hizmet organizations.

Though Michel’s book hasn’t been updated with the most recent information, including last summer’s attempted coup in Turkey, he manages to address the questions some people, especially those unfamiliar with Hizmet, have asked about the movement. By examining both Gülen’s focus on peacebuilding and education, as well as the diverse makeup of Hizmet – the Movement includes doctors and lawyers, civil servants and business people, teachers and journalists – Michel easily lays to rest any doubts certain people have about the intentions of the Movement. Gülen’s entire career, and all of Hizmet’s activities, have been devoted to humanitarian, not political, ends. The Movement has no interest in power, but instead strives for peace – and does so with humility.

Because the book is a collection of pieces, and not a standalone book, it can, at times, be repetitive. One area of commonality that Michel doesn’t address but that is increasingly important is that of climate change. It makes sense that Michel wouldn’t talk about climate change, since the book is an introduction to Fethullah Gülen and Hizmet, but moving forward, one of the main areas of agreement between almost all of the world’s religions is the belief that our world is sacred, and humans are simply its stewards. As the effects of global climate change become more and more apparent, it is incumbent upon the faithful people of the world to set aside their minor differences to achieve the common goal of protecting God’s gift to us. This is one of the areas where Hizmet’s idea of dialogue could be most effective.

Any criticisms of the book are minor quibbles, though. The themes Michel returns to, time and again, are worthwhile themes – and necessary, at this time of great division. Near the end of his book, Michel writes about the continuing need for finding common ground. In Fethullah Gülen and Hizmet, he finds a prime example of dialogue, consensus building, and unity. It is an example that we should all try to heed as we move forward into a divided, uncertain world. Both Michel and Gülen are reminders that despite superficial differences, we have the most important things in common. 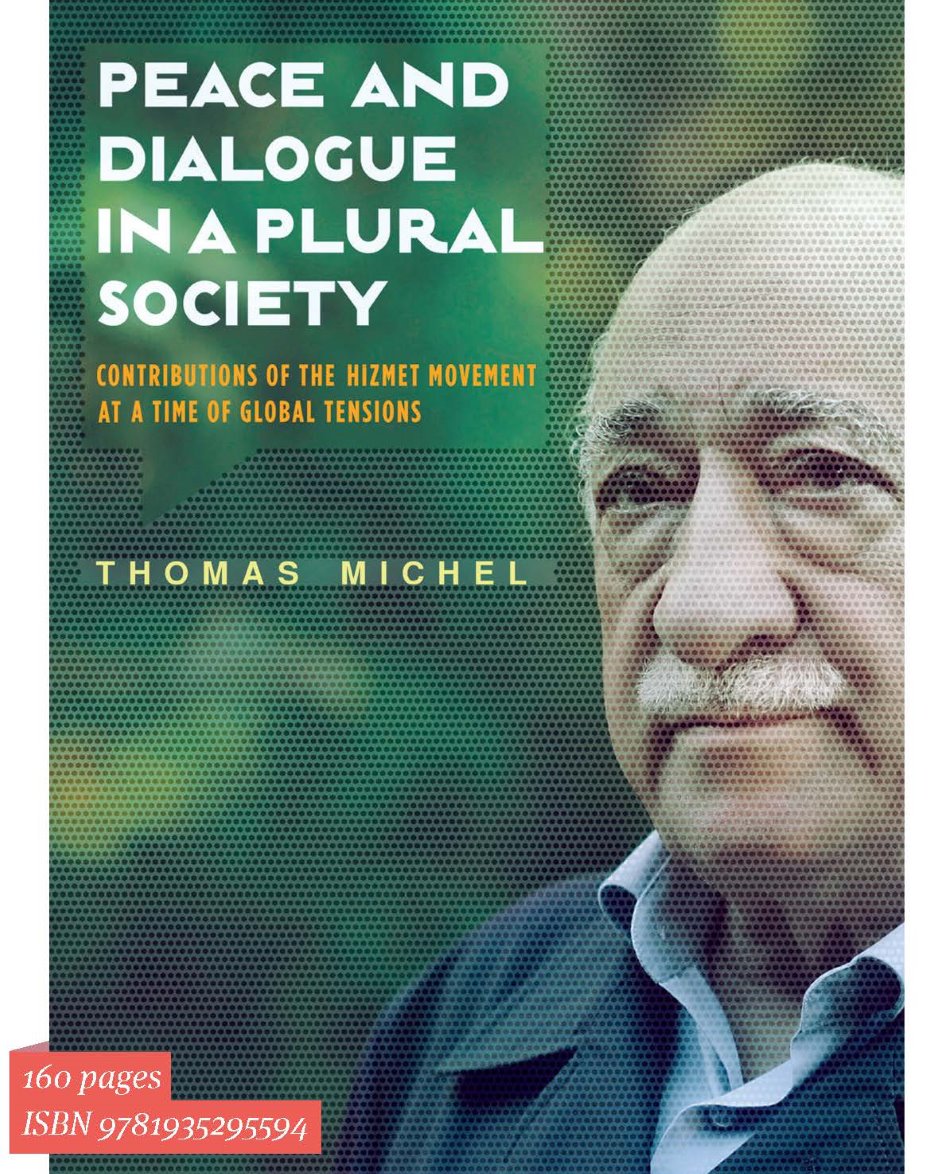 This article has been published on Fountain Magazine, #115, Jan-Feb 2017