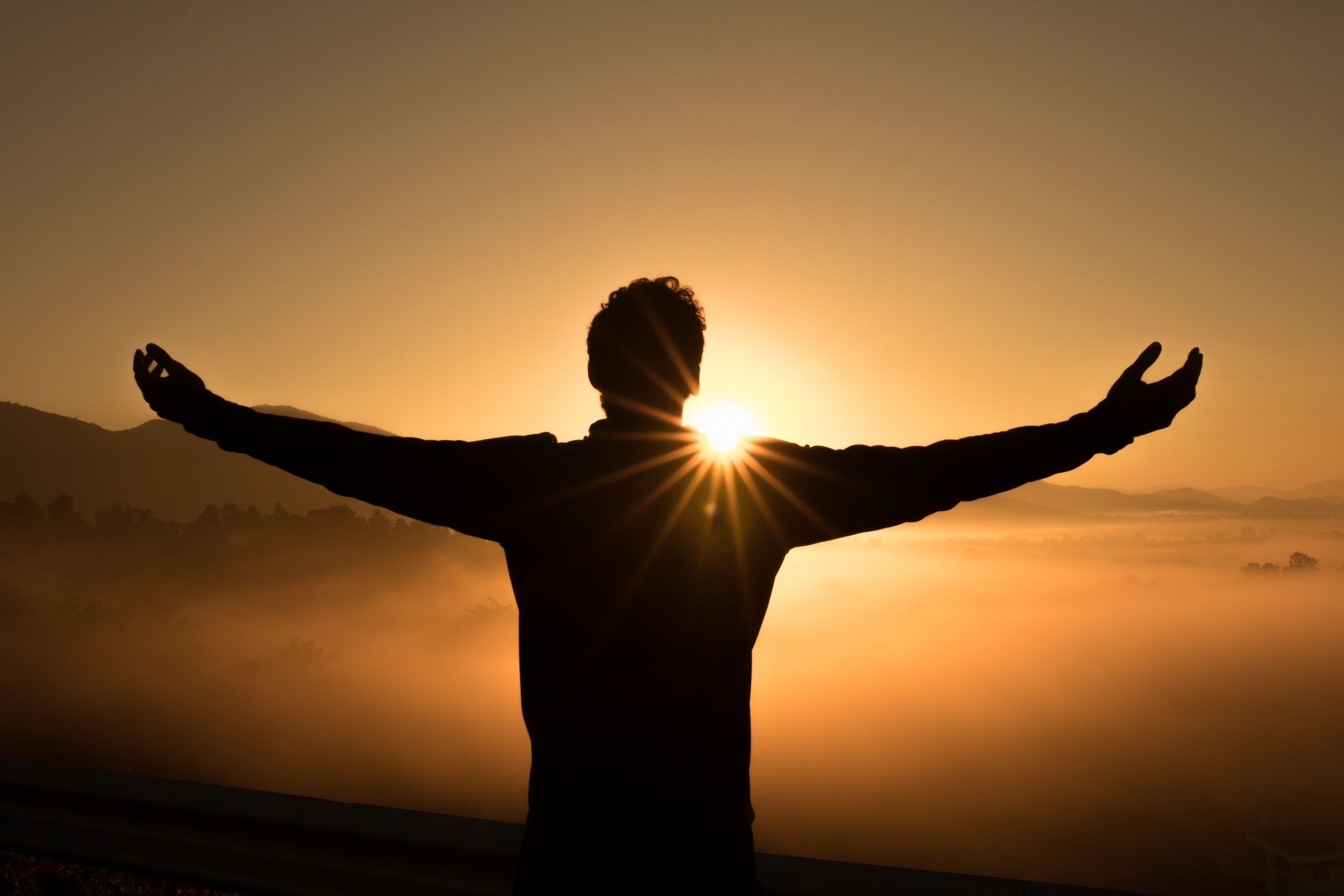 Written by Fulya Celik. Posted in Other.

What we have heard thus far indicates the enormous scope of the topic for this conference. Admittedly, I was overwhelmed by the challenging task of responding to the issue of religious freedom and civil liberties in a matter of ten or so minutes, but I will attempt to address a few pertinent points of consideration.

I begin with an acknowledgment of the seemingly paradoxical situation that I, as an Australian Muslim woman, am in. Many of you may be forgiven for asking how on earth I can stand here and discuss Islam as a religion of peace, justice and mercy, espousing religious freedoms and civil liberties, when those who call themselves Muslims around the world are using this very faith tradition to justify their unspeakable actions, which reek of hatred, bigotry and intolerance. Yes, they are desecrating the Name of God!

I believe the quandary that we are is a major case of misdiagnosis. At its root is a lack of understanding of Islam. What is being examined as the religion of Islam is in fact a reflection of Islam in societies around the world differing geographically, politically, socially and economically.

What in fact is being criticised is the Culture of Islam. Those who study and put forth opinions concerning the Islamic worldview usually confuse the Religion of Islam, established by the Qur'an and the Sunnah, or practices, of the Prophet, with the Islam as constructed through the historical experiences of Muslims and the superficially observed Islam of the modern times - the Culture of Islam. This confusion is further intensified by the way the media connects Islam with the actions of a minority of unwitting Muslims.

Mark Anderson, a Republican in the US House of Representatives vividly depicts the nature of such confusion in his reflections after his recent trip to Turkey:

When I was invited to tour the nation of Turkey for 10 days in June, I did not expect to find the answer to the problem of radical Islam. However, when my intercultural dialogue tour wrapped up in Istanbul at Topkapi Palace, I could clearly see the light at the end of the tunnel.

Ever since 9/11, Americans have struggled trying to understand why Muslims from the other side of the planet would want to kill innocent women and children - all in the name of Allah.

Where on Earth, we wondered, did these people get the idea that God wants his children to kill innocent strangers, and that somehow suicide bombers would be rewarded in the afterlife? Can Islam, the second-largest religion in the world, be that insane?

In Turkey, I found the answers. The 17 Americans in our group were welcomed and embraced by deeply religious believers in Islam. As we stayed as guests in the homes of Turkish families, shared meals and conversation with school principals and teachers, businessmen and women, pharmacists and shopkeepers - we found open hearts and thoughtful, peaceful everyday people.

As we toured the palaces, holy sites and ancient ruins and stood shoulder-to-shoulder praying in a mosque, we learned the true nature of Islam.

The real Islam is peaceful, and respectful of other religions. The true Islam teaches love for family and places value on moral purity and service to others.

The nation of Turkey is 99 percent Muslim, with a secular government, and is a strong ally of the United States. This crossroads of Europe and Asia is truly a role model for Islamic nations of the Middle East.

Our hosts for the tour were members of a movement to revive true Islam. Founded by a Turkish scholar named Fethullah Gülen, the movement encourages Muslims to be people of faith without falling into the evil, violent world of extreme fundamentalist ideology - which is not Islam at all.

The solution to the terrorists and their fanatic hatred is not the military might of the West. It is the deep heart of love that springs from the source of all love - the one true God. The true Islam will prevail over the false Islam. We will all be better off when it does.

The answer to the dichotomy between authentic Islam and the Culture of Islam can be found in the three key sicknesses plaguing the Muslim world: lack of education; poverty; and social and political fragmentation. These are the very same factors that caused the decline of Islamic civilisation. An exploration of these, however, is beyond the scope of this discussion.

One of the most vital factors of Islam, as represented by the Qur'an and Sunna, is the fact that it has retained the freshness of its beliefs, spiritual essence, good works, and morality as it has unfolded over the last 14 centuries. These sources provide reference points on which human relationships with God and the relationships of human beings with one another are established. This highlights the urgent need to revisit our references. One example of many is the Medina Charter that I will explore in this presentation.

It is interesting to note that when Western Orientalists and the media analyse particular reflections of Islam, they take as their point of departure reactionist personalities of the 19th century onwards, who were responding to imperialism and western society.

In the contemporary world, however, remains the influence of two Islamic personalities who have sought to build bridges between Islam and the West, recognising the contributions of each to humanity. The impact of Said Nursi (1876-1960) on Muslim thought has been significant. He proposed that solving the problems of the Muslim world would have to start with education that combined the religious sciences and material sciences so that wisdom could prevail rather than religious bigotry.

Fethullah Gülen (b. 1938), one of the most prolific and sagacious, scholars, writers and activists of the twentieth century, is seen as putting this proposal into practice. He is considered to be the leader of an intellectual, social, and spiritual revival both within and beyond Turkish borders, taking the first step to emphasise the importance of the indispensability of religion for universal peace.

In my exploration of the Medina Charter, I would like to suggest that it can be a source of answers to many of today's questions, addressing problems present in and created by a pluralistic society, the main characteristic of today's globalised world.

The Medina Charter is a constitution that essentially established the Medina city-state. The charter was the first written constitution in Islam and arguably the first constitutional law in human history. Before the Prophet Muhammad's arrival from Mecca, Yathrib (later known as Medina) had a population of about 10,000, organised into approximately twenty-two tribes. Roughly half the population was Jewish and half was Arab. Regardless of religion, tribes sought power through military dominance over other tribes, with the numerous alliances forged between warring tribes greatly contributing to the aggression. The Prophet Muhammad was requested by the tribes in Yathrib to act as a third-party mediator to help resolve the on-going conflict between them.

While drafting the Charter, he consulted the leaders of each tribe, thereby demonstrating his willingness to listen to the needs of all tribes. The Charter established rules of government and addressed specific social issues of the community in an attempt to put an end to the chaos and conflict that had been plaguing the region for centuries. It outlined the rights and duties of its citizens, provided protection for all citizens of Medina, Muslims and non-Muslims alike, and provided the first means of seeking justice through the law and community instead of via tribal conflict.

The Medina Charter was the first acknowledgement of religious diversity within the Yathrib tribal system. The Prophet called upon the deeply instilled values of Islam and Judaism to fortify the agreement. These stipulations enabled the participants of the agreement to look once again beyond tribal alliances, thus making tribal lines indistinct.

The constitution of the charter created a federal-type structure with an authority that was centralised in matters of state security, yet provided the tribes autonomy in social and religious issues. The Medina city-state, while granting every citizen equal rights, protection against oppression, and a voice in the government, declared itself a brotherhood of believers, extending financial help to its citizens.

The Charter defined citizenship rights regardless of the religious convictions of the citizens belonging to the new state in Medina. Jews, for instance, were allowed to practise their faith freely and have their own laws. They were exempt from the application of Islamic Law and military service.

The Prophet Muhammad, and therefore the State, was legally impartial to all faith traditions. When Jews voluntarily brought cases before him to judge, he judged according to Jewish Law and not according to Islamic Law. Having basic human rights and not being restricted by religious law are the cornerstones of modern day justice systems that Islam fulfilled centuries ago.

Representing the multi-faith, multicultural, multi-linguistic and multi-juristic nature of the first Muslim city-state, the Medina Charter serves as a good model of ways to live in a pluralistic society and of ways to look beyond borders and build and conduct political and social relationships among different groups.

In a recent BBC Thought for the Day, a Cambridge Academic, states:

As people of faith, we are people of hope. This means that religion, at its highest, can also dissolve borders, by forcing its followers to deal with others on the basis of justice and mercy, rather than emotion and tribal resentment. In a world where religion is healthy, it should be politicians who draw borders, and people of faith who seek to transcend them.

In closing my presentation today I would like to extend a call to the media, the clergy and academia:

Do you not think that you have given enough attention and publicity to radical voices in telling the story of Islam, advertising their totalising ideologies, which are totally against the core and spirit of Islam?

The time has come for you to turn to thinkers and scholars such as Said Nursi and Fethullah Gülen who "activated the yeast of this dialogue initiative" and taught humanity how to join hands.

Such personalities need to be introduced to Australian society and indeed, the world community as they lead the way, providing positive models for Muslims around the world and take advantage of the recommendations and beauties of religion for a more peaceful world. Perhaps then, as Rabbi Melchior emphatically stated, all of humanity will be redeemed.