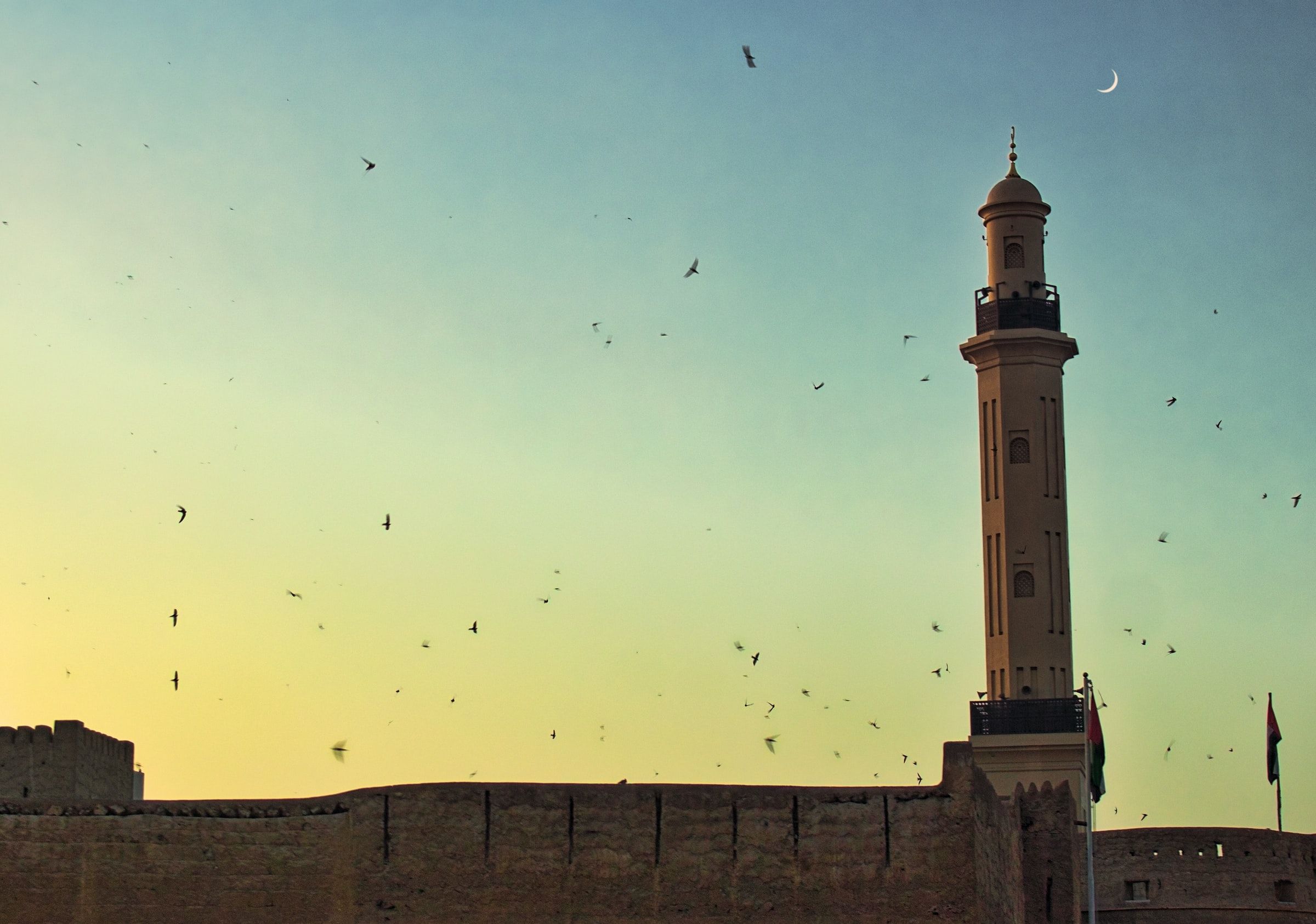 Written by Fethullah Gülen. Posted in Endeavor for Renewal.

Sacrifice: A Means of Closeness with God and People

Question: The devoted souls take the opportunity of the (Eid of) Sacrifice, which is a means of closeness to God, and go to different corners of the world, particularly poor regions like Africa, and build bridges between hearts. Could you share your considerations on such activities during the Eid of Sacrifice and recommendations for bettering them?

Answer: Everything commences with a small angle at the starting point. Those who come later give support, shoulder that task, develop new ways and methods, and generate different alternatives. This is what happened with the sacrifices in Turkey. While people used to offer their sacrifices as an individual responsibility and shared the meat with their close surroundings, they first started to share it with people in other regions in their country, and then with people in different regions of the world; eventually it became an important means for warming hearts.

Sacrifice and the virtue of altruism

At the beginning of the second chapter of the Qur’an, God Almighty states: “Those who believe in the Unseen, establish the Prayer in conformity with its conditions, and out of what We have provided for them they spend” (al-Baqarah 2:3) and point out that He is the true owner of everything but we people are only temporary attendees. That is, “He” is the real provider of what we seemingly provide for the needy. By stating “We” have provided, He also reminds us that there is no need to worry that we might be deprived by spending for God’s sake. This fact is explicitly stated in another verse: “Surely God—it is He Who is the All-Providing, Lord of all might, and the All-Forceful” (adh-Dhariyat 51:58). Actually, believers’ sharing the means—be it alms or sacrificial meat—they possess with others is the minimal degree of the issue. (That is, if you neglect doing even this much, you can hardly be called believers.) Another verse points to the maximal degree as follows: “…and in their hearts do not begrudge what they have been given, and (indeed) they prefer them over themselves, even though poverty be their own lot” (al-Hashr 59:9). Individuals acting with this spirit will use everything they possess—such as time, opportunities, knowledge, wisdom, fortune, horizons of thought, or everything God gave them—for the sake of humanity to the final degree; they will share with others what is in their hands.

During the time of the religious festival, Muslims will conquer hearts with their generosity and share their sacrificial meat with others. As it is stated in a hadith, on the Day of Judgment, God Almighty will turn the sacrificed animals into steeds for the use of the ones who offered them, at a time when they are in dire need of help.[1] In the face of such a situation, people will fill with admiration and wonder, asking themselves, “Which one should I ride?”

The stated condition “who has the means” suggests that some people in the society may not afford it; in that situation, those who have the means will not forget the fact that they are supposed to support poorer ones who have a right to benefit from their wealth.

Another verse encourages giving from what people love: “You will never be able to attain godliness and virtue until you spend of what you love (in God’s cause or to provide sustenance for the needy)” (Al Imran 3:92). Then one had better choose the sacrificial animal, which will become a steed on the way to Paradise, from robust ones. The religious rules for offering sacrifice already necessitate the animal’s being a healthy one without defects as a broken horn and the like. Everything done here will appear to us in the Hereafter with their true reflections. As we cannot how things will be in the next world, we cannot really imagine how they will return to us. Who knows, maybe they will appear like a plane, ship, boat, or like a good horse. If we look at the issue by considering the immensity of God’s graces and the truthfulness of His promises, we can say that they will definitely return to us somehow.

According to a report by our mother Aisha, God’s Messenger distributed two-thirds of the animal he sacrificed to the poor and left the one-third for not depriving his family of it.[4] This is the criterion for one who wishes to distribute the meat in compliance with the example of the noble Prophet. However, if there are different animals for different members of the family, then it is also possible to follow a different pattern. For example one of the animals, half of it, or onethird of it can be spared for home and the rest can be given away. By making such a distribution, one will let the members of the family—who will naturally wish to taste the meat—have their share, lend a helping hand to ones in dire need, and build bridges of love and compassion between different sections and societies.

Ingraining noble qualities in oneself

As stated at the beginning, people in Turkey used to sacrifice their animals, leave some of the meat at home, and distribute the rest to neighbors. There came a time when the sacrifices became means of helping the needy over long distances and those who could afford it made due promises. Some of those munificent people did not suffice with only one; some of them donated two, three, and even ten, twenty, or thirty sacrifices. This was an indication of a noble character ingrained in those people together with the feeling and thought of giving. In addition, doing it openly served as encouragement for others to join. Thus, the sacrifices were a form of support to the poor in different regions of the country. Having seen that it worked on the small scale, they decided to have a try by God’s grace in a larger scale; so what started with a small angle at the center became huge in the periphery. Those selfless souls went to almost every country in Africa, since dire poverty exists rather broadly in that region. People who live there probably cannot eat meat even once a year. So the altruists who knew that started donating sacrifices and taking them to those places.

It was not only Africa. They offered sacrifices in different parts of the world and distributed the meat to the people there. Such an act was very appealing for people of different cultures and understandings. Offering that sacrificial meat to those people—in cooked or uncooked form—was something completely new for them. They had no such practice in their world; in lands where people do not offer a cup of tea without guaranteeing to receive two, this attitude was a novelty. Through this means, people recognized the beautiful values that affected it. They witnessed the generosity of Islam, the bountifulness of Muslims, the spirit of altruism, and the feeling of letting others eat instead of oneself. In consequence, they began to feel warmth and love toward the essential dynamics behind this philosophy. In my opinion, such activities are important factors in terms of building bridges of love and dialogue between different cultures in a globalizing world. The activities done in this direction came to a certain level. As not trying to improve what is in hand is a kind of lethargy, our ideal should be to constantly keep running for higher goals.[5]

Another aspect of the issue is that you had better bring a new spirit every year to the activities you carry out by adding new hues and patterns to them. For example, in addition to giving meat, you may collect clothes and other things people do not use, store them in available places you find, and then distribute them to the poor. In some areas of the countries the volunteers go, people do not even have decent clothes to put on. You see skyscrapers on the one side, and miserable shanties on the other. There are poor countries in Africa that are so poor that a bit of help there will mean very much for the needy. In short, you should seek new ways of making people happy by adding new hues and depths to your acts of goodness. Their smiling faces will make us smile happily too. We do not even know how God’s graces come and what other doors of goodness He opens as a result of those efforts. For this reason, with a slight change of format and adding some originality every time, we should continuously try to build up love in hearts. God knows the rest. With the approach of Bediüzzaman, we carry out what befalls on us, and do not try to interfere with the dealings of our Lord.[6]

The surprises that come through sacrifices

As a matter of fact, seeking closeness to God in all acts of worship, saying “O God, I did this for Your sake only,” and having the same feeling inside must be the basis of our actions. It is necessary to lead one’s life oriented to this thought. In this respect, while carrying out the worship of sacrifice, we need to keep up our purity of intention, which we describe as “what the heart means to do.” One should be so sincere as to say, “O God, you demanded me to sacrifice an animal, and I am carrying out the command. Had you commanded me to sacrifice myself instead, I would gladly do so. If it is necessary to form a circle for the sake of my faith, chastity, person, property, and country, I am ready for that also.” That is, when giving from one’s belongings, which people do not wish at all to separate from, it is necessary to remember other things one can possibly give and show their obedience to Divine orders. As a matter of fact, the situation of Prophet Abraham and his son Ishmael shows they grasped the gist of the secret of worship and obedience to orders: “Then when both had submitted to God’s will, and Abraham had laid him down on the side of his forehead” (as-Saffat 37:103).

If a believer begins the worship of sacrifice with such a sound intention from the very beginning, then all of his or her acts will be counted as worship and other things done for the sake of this good deed will return to that person as rewards for the Hereafter. That is, buying an animal from the market, tying it up somewhere, feeding it, attending it for some time if necessary, taking it to the slaughter house by car, and then distributing the meat… shortly everything will be included in the believer’s record of good deeds. On the other hand, fulfilling the commands in spite of drawbacks to make you pity the animal such as its resistance, shedding its blood, and the like, will bring you extra rewards for your consciousness of obedience to the command.

You may even see such things you carry out as unimportant. However, when their truth is revealed to us in the Hereafter, they will make us say in surprise, “O God, how bountiful You are! You have taken those little things, made them bloom, flourish, transform, become eternal, and now You are offering them to us!” In this respect, a person should fulfill the worship of sacrifice with an inner richness and contentment of the heart. The following verse also conveys this point: “(Bear in mind that) neither their flesh nor their blood reaches God, but only piety and consciousness of God reach Him from you” (al-Hajj 22:37). If a person carries out this worship, taking it as a means of connection with God Almighty and holding such considerations in the heart, then he or she will meet very different riches and surprises in the next world.