Written by fgulen.com. Posted in About Fethullah Gülen and the Gülen Movement.

Is the Gülen Movement marginal in any way? 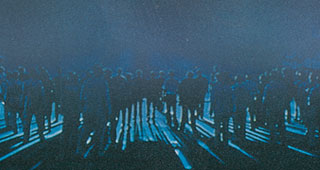 The Gülen Movement is rightly considered to be marginal in aspiring to access to the political system. It is also receives very little in the way of positive social recognition from the very small, yet highly influential, protectionist elite and state bureaucracy. However, there is no automatic or univocal correlation between that protectionist elite and the people, the electing many. As evidenced by the disclosure of many planned and attempted coups, the elite uses a “strategy of tension,” that is, fear, propaganda, disinformation, psychological warfare, agents provocateurs and false flag terrorism in an attempt to control and manipulate public opinion so as to mask its own huge financial and political power and conceal its agenda to maintain its own power. This is also known in Turkey as “the state security syndrome.” These mechanisms of intervention and control in the public space then restrict the development of civil society, of collective experience and services, in Turkey, including (but not uniquely) those of the Gülen Movement.

However, since the Gülen Movement is a non-ideological, inclusive, grassroots, mass movement, in real terms it is not at all marginal. It is in fact much more representative of society as a whole than the counter mobilization, which is a small, protectionist elite with a very specific ideology that does not appeal to or represent the masses.